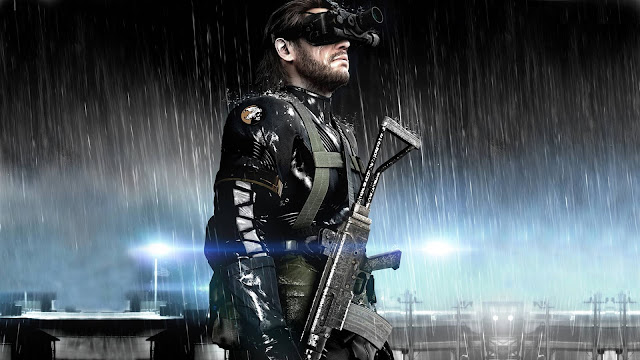 All the leaves are brown, dear reader, and the sky is grey. I went for a walk on an autumn day, and that, California Dreamer, is why the Fall update arrives just now. The engines of commerce are starting to get fired up again coming out of the pandemic, but for me the Fall was largely a time of catchup still. Enjoy some near modern and classic reviews below. 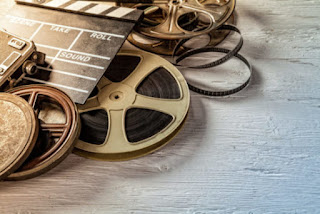 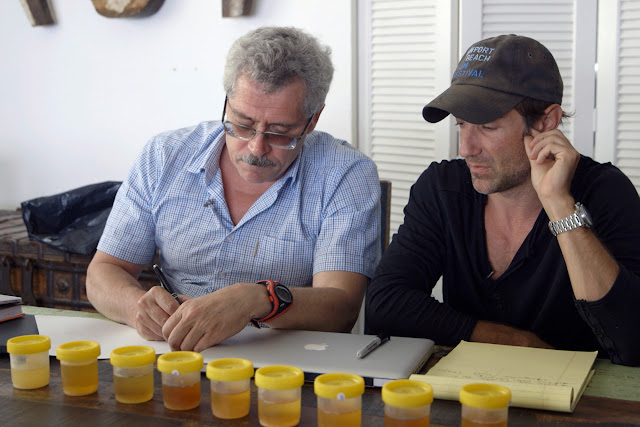 One of Netflix’s heavy hitting documentaries, with some ambiguity about where it's going before it explodes into something big about steroids and sports.

One of the limiting things about documentaries is they tend to be quite self aggrandizing. A story about two men and a squabble can transform into a retelling of Cain and Abel, complete with a bombastically scored dramatization, sans actual evidence. The reverse can also be true, wherein a documentary about a famous assasination or landmark scientific event plays as short sighted and randomly discursive. Ikarus gets lucky. For a while it seems like it's going to fall into both of these pitfalls, as the first draft high concept exploration of Brian Fogel’s initial drugs and cycling approach casts about for a throughline. Somehow though, Fogel walks into the exact right puzzle piece to blow this thing wide open, a Russian anti-doping expert with ties beyond the amateur circuit. Ikarus is effective both for uncovering a story deserving of the investigative journalism, but also for properly conveying the dramatic ripples cheating in sports can have, sometimes unexpectedly. Ikaros, in a way, challenges all sports viewing ever again.

Emerges into an unexpectedly precise portrait of sports and the world 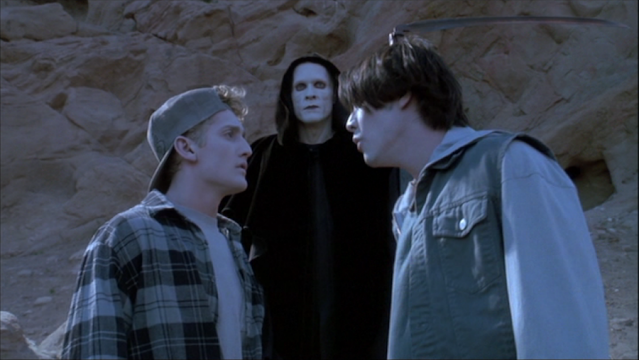 The suddenly-sequel that capitalizes on the good vibes of the original, switching the dynamic from history-surfer dude juxtaposition towards somewhat more cosmic matters.

The original Bill and Ted was an excellent fish out of water composition - 80’s slacker culture (the evolutionary descendant of the hippy dropouts) put in dramatic juxtaposition with dire sci fi as Dan Carlin enlists their help to protect the timeline via an iconic time traveling phone booth. As a Dr. Who knockoff it was pretty lackluster, but as a slacker comedy it was winning, coasting on the good natured teenage charm of a young Keanu Reeves and Alex Winters. The sequel decides to up the ante, as sequels do, by killing Bill and Ted and forcing them to navigate the afterlife to try to right what once went wrong. What happens next depends mostly on Bill and Ted cajoling a bunch of cosmic entities into hijinks. It’s got some great moments, such as Seventh Seal by way of the party game Twister, but also has too many joke-free exploratory sequences that attempt to flesh out what a cosmic afterlife might look like to a couple of surf dudes, without much actual revelation. Higher production values don't pay off in these sequences, including lots of strange but lifeless puppetry. The feeling starts to creep in that this is a theme park live show celebrating the original, culminating with a performance on a literal stage in front of an audience. It’s hard to get mad at these idiots and I do appreciate that it remains committed to its imagined timeline, including a final sequence which must have inspired Timecrimes. There are worse ways to land a few “excellent” jokes. 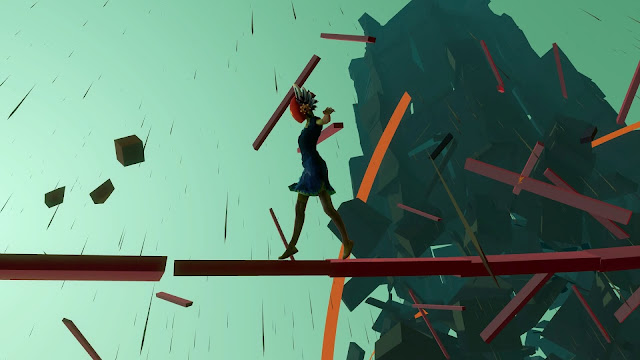 An arty indie that gained some mindshare as part of a Playstation Showcase, Bound finds you following a ballet dancer through an abstract landscape that assembles and disintegrates as you progress.

Indie’s mostly trace their lineage trees directly back to iconic genre ancestors in the 8 and 16 bit eras, such as Mario, Gunstar Heroes, Raiden, and Metroid. While those games and their progeny are doubtlessly fun, it does create certain formal boundaries in the field, inking lines that indicate what does and doesn’t work. Only the games which focus on breaking with the traditional aesthetics tend to avoid this pull towards imitation. Bound is a perfect example, a 3d platformer that sets a performer in a performative abstract landscape, which constantly pulsates, builds, and disintegrates before you, and is rather unlike anything. Strong colors and shapes create a vivid, post-modern landscape (Mondrian’s paintings are basically directly referenced), while the plot is presented as interpretive dance which, when finished, reveal some fragment of a memory. Interestingly, the abstract landscape will eventually strike you as too rigid - there is generally a single path that you will hold forward to transverse, and while your ballerina can be coaxed to dance (and needs to for a protective aura in some areas), your performance options are limited and fall on deaf blocks. In the end Bound is a walking simulator, but a stunning one that defies the genre a bit. Surprisingly, the fragmented narrative pays off more than the game tech by holding a light, subtle tone. Bound’s abstractness goes to excess; Mondrian would likely have never hung 10,000 of his paintings together in an attempt to blot out the sky.

Fascinating to watch though that is mostly what you’ll be doing. 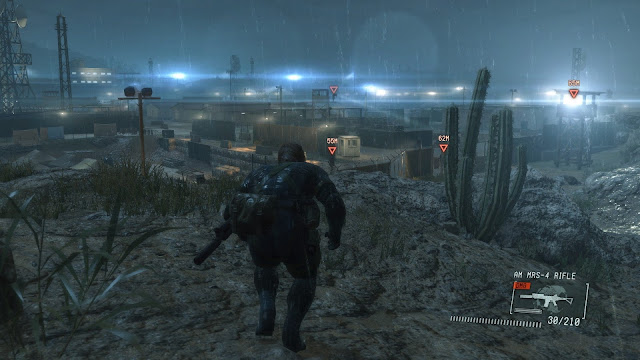 The long awaited first taste of the last game from the series which defined three generation’s taste in video games, this prequel chapter dropped years before the final game was completed and finds Snake attempting some espionage in Guantanamo.

Historically, GZ was poorly reviewed. It was a pricey 2 hour paid demo of MGS5 in a single location. However, from my perch in the future, what I know that ye old gamers didn’t though is that MGS:GZ is the last Metal Gear game that auteure Hideo Kojima will ever finish. Even without the famous workplace blowup that saw MGS5 and Kojima both thrown out into the world before their due date, MGS5 was fated to be a different beast, an open world games-as-service constantly updated platform, i.e. a grindy content-loop desert. In contrast, MGS:GZ has way more in common with the prior games. Every inch of Guantanamo has been carefully sculpted, every enemy and route custom set, and every inch of pavement is papered over with more missions and more secrets than can be found in a square mile of MGS5. It’s still an update: the controls are modernized and combat has been made more realistic, with sightings happening at football field distances in daylight and enemy AI relatively lethal unless you have the drop. It’s a product in transition, with these quality of life features strapped to a heavy nostalgic payload. Signs of the new era unfortunately include Kiefer Sutherland’s lifeless Snake impression and a gameplay focus on retreading the base for more playtime. As Kojima’s last complete hurrah, the story itself is a gut punch, a melancholy update that almost rewrites the somewhat hopeful and idealistic Peacewalker for the new era of extraordinary rendition. GZ contrasts geopolitical suffering past and present, with the historical doubling of Guantanamo detainees shivering in the rain, victims of extraordinary rendition, with the main theme, a civil rights protest song about politically railroaded and executed activists in the 30s called “Here’s to You”. Kojima adds the Metal Gear cherry on top with double extra secret black ops bastards pulling the strings out of even your view, only glimpsed or overheard on spy recordings - it’s that unique MGS layer cake that only Kojima can do. And it's the last one in the fridge.

The platonic ideal of an intricate video game, a complete joy. 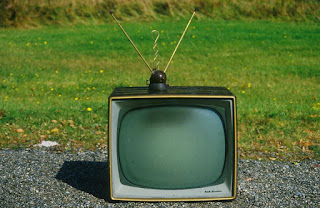 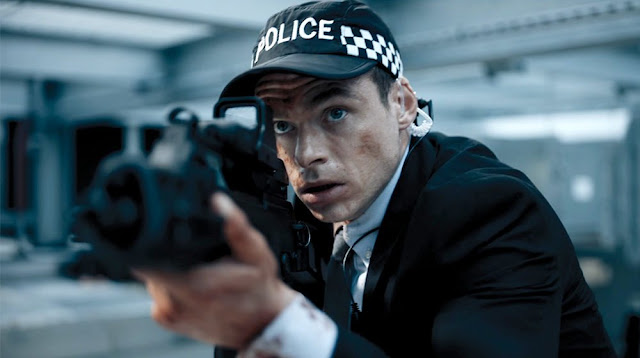 The BBC’s dull-y named answer to 24, which follows the government chasing a terror plot in London from the viewpoint of a paranoid PTSD-laden but straight edge cop, who is outside the chain of command.

Bodyguard, of the I will NOT always love you variety, is a taut piece of craft. It’s not romantic, it’s not realistic, but it is thrilling in a moment to moment way that perfectly preserves its own internal logic. Richard Madden gets a star turn here as Officer David Budd, a mentally damaged war vet with a dissolving home life who nonetheless efficiently and calmly does his job, which in a chance encounter includes talking down a suicide bomber on a train. That act, less noble or roguishly heroic and more persistent police work, defines Budd but also gets him noticed and targeted as he gets promoted to the bodyguard detail of a politician. Intrigue, action, etc follow, but in a twist from 24’s NSA style documentary eye Bodyguard wisely keeps the frame of reference squarely with Budd, who has to use his average wits and abnormal persistence to try to untangle the intrigue he quite unwillingly finds himself lodged in. By keeping Budd as normal as possible, Bodyguard is able to make the circumstances around him crazily dramatic, absurdly, but without making the show itself absurd. It’s the exact right titration, with reliable eye bulging cliffhangers that arrive like well timed trains coming into the station. While nothing that happens around Budd really matters, it’s an excellent exercise of the thriller form.