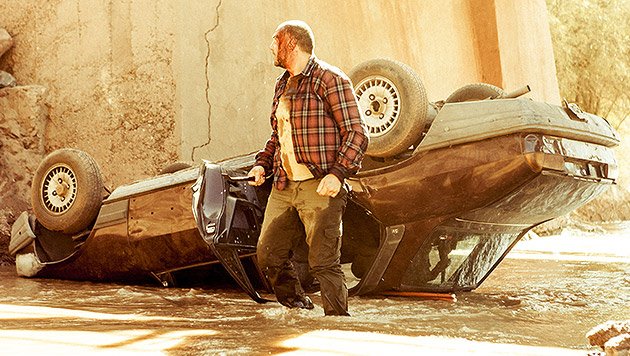 Wild Tales is a collection of six parables that examine human behavior in modern society. Tellingly, the opening credits are set to stills of predators with steely gazes or about to pounce. The link between human aggression and animalistic tendencies is a common motif, explored as recently as last year’s Chinese film Touch of Sin. These films suggest that the way society corners people forces them to lash out ferally. Wild Tales is a similar examination of how relationship threads cause people to act strangely and selfishly, but it specializes in finding wit and absurdity in our wild behavior. The film is rather nimble, unlike the droves of dour, self-mythologizing anthology films that have followed in the wake of Pulp Fiction. Wild tales dares to be both playful and thoughtful. It derives humor and philosophy from the rationalizations and struggles of its characters, while demonstrating how effective the short story format can be.

All of the stories take place in Argentina, a country portrayed as somewhat corrupted but bureaucratically civilized. The caricature is heightened; gang leaders and money grubbing politicians dominate the landscape and reveal their intentions easily. The main character of each story though is generally a relatable person, someone just trying to get through life. Their struggles are easy to sympathize with, even if their reactions become somewhat manic. Wild Tales is farce, but it is rooted in the plight of the victim. It is also a very funny movie, which helps it to avoid the navel gazing somberness often created when portraying the downtrodden. Although horrible things occur, it is nearly always counterbalanced by irony or absurdity. In the stead of grim determination, people in the film seem confused and argumentative, over-compensating and unlucky. Tires blow and cars are towed right at the moment of triumph to deflate the ego. Prison is portrayed as a place of perhaps greater freedom than regular life outside. Everyone appeals to reason but no one listens to it. This dedication to the irony of selfish civilization keeps the film light.

The subject matter is varied, but each story generally concerns how people react when they feel they have been wronged. Some pursue revenge at any cost, others are hesitant to lash out. One exchange featured heavily in the trailers, a road rage episode out in the boonies, is a nearly wordless exchange of insanity driven by egos. Society works under the trappings of cooperation, but is often at odds with our own personal desires. As these two motorists flay each other, the prudency of staying within the system seems obvious. There are times though, when protest is a necessity. Three of the shorts deal with politics and bureaucracy, and how bad men are given leave to slowly strangle their victims with purse strings. The system forces some to degrade themselves to such a degree that cooperation is more harmful than resistance. It’s all the more affecting when in contrast the marquee story of the film dispenses with bureaucrats to address the ultimate manifestation of social order;  weddings. This surprising and emotional concluding short is the best of the movie, depicting a celebration which devolves into primal chaos.

Denying the animal nature of humanity is one of the primary roles of society, but since it is our construction it reflects our flaws and inclinations. Wild Tales revels in the absurdity of the way we use social order like a jungle gym, climbing into and out of safety and resistance as it suits our personal interest. The film is well shot, and as you might expect it is quite visceral, although it doesn’t revel in gore nor does it pull punches. It is the rare anthology film without dead weight or unravelled themes, and it doesn’t even need to rely on a cross stitch narrative; each piece stands on its own. Speaking to its quality, it would be hard to ask for more from Wild Tales.