A Subjective Ranking Of The Mario Games

on February 21, 2021
Hello dear reader. As you doubtless already know, most end of year lists and game ranking lists are a result of hard objective data science analyzed by hardened journalists, trained in the exacting eaves of Harvard Games Criticism School (or Brown if they work for IGN). I achieved my lowly academic degrees on the West Coast, and so will not try to dissemble here- I can only provide you with my completely subjective list, where-in I rank the Mario games.

I know this is disappointing.

Had I another thousand monkeys with typewriters each their own in small carry cases, or ten thousand monkeys with Macbook Pros, I might be able to approach something quantitative here in my list. Without the proper resources I am left only to sound the depths of my soul and see what carcass ferments on the beaches of consciousness. However, maybe lists can be something other than perfunctory consumer guides. Lists could be time travel, zooming in on a specific moment with a heuristic approach to catalogue the top level stimuli, or could mark the passage of time like torches along a path in the night. Lists collect details and form hierarchies by their existence, even when we are reluctant to intentionally do so. Lists contain and pervade, offering the guise of reason and exhaustibility.

Well, let's have fun and list some Mario games. The rules are, I had to have played, seen, heard about, or just now read about the Mario game for it to be included in the list. That will include games that I didn’t finish, although I made my best effort to at least get to the first mushroom. Game had to be published before February 2021, but that is mostly a detail about how my experience of time is linear. I consider the ranking of this list definitive, unless two or three of you drag me on twitter, in which case I will swap any and all positions please just DM me. 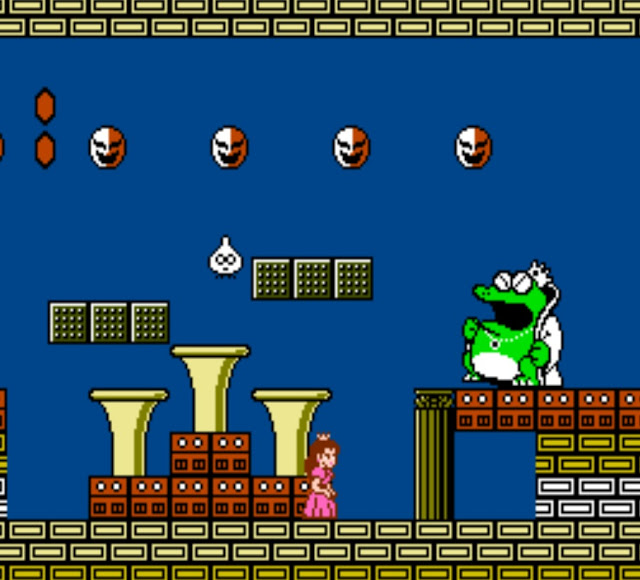 10. Super Mario Bros. 2
Often described as a fever dream, but with the implication that you want to be having this nightmare. As a child, I have not yet learned to love nightmares. That requires the seasoning of age and pain, which make you look at them as creatures rather than terrors. Flying masks suffocate you and the only mushrooms are hidden in red doored shadow dimensions. Later, I learn, this was not even supposed to be a Mario game. To love this hideous doppelganger is to try to convince the world that everything deserves love. I am not convinced. 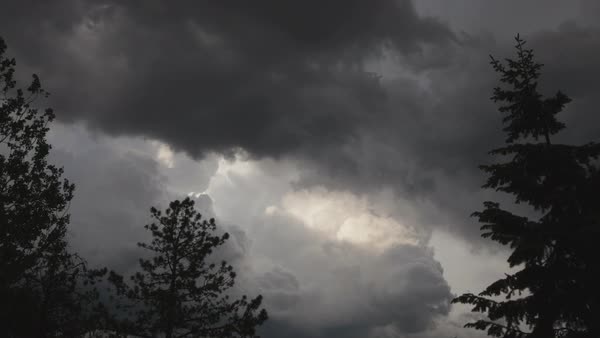 9. Super Mario Run
It is 2020 when I download this on my phone. My father has been dead a year. I can unlock Luigi if I buy within 24 hours. Time stopped being meaningful even before the virus, but especially now, I know I will fail in this, my first and most important Super Mario Run task. As if I am already on palliative care, the need to turn, duck, or consider has been taken from me. I think about what’s coming much more now, every day. It is a long way off I think, but you never really know. The game is bright and colorful and since you are always running, you can’t think about too much while you’re in a level. 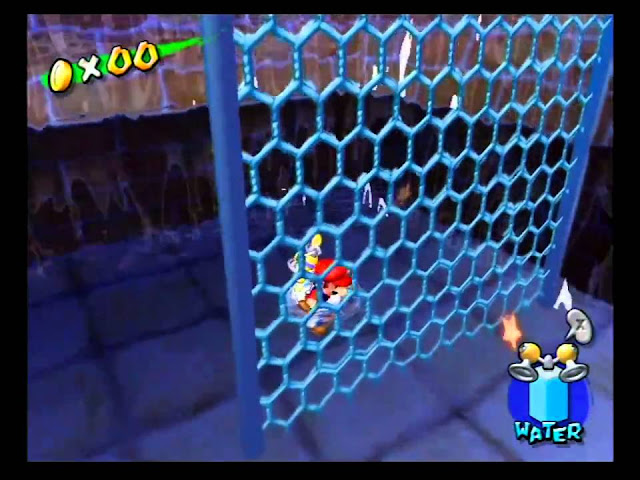 8. Mario Sunshine
The Gamecube and I never really get to know each other. A funny cute little box, it seems to inspire devotion in its few adherents. Maybe it's because it came out at the end of my school era, when all the people I thought were my community suddenly shot off in different directions. For me, it is not that bad of a thing to lose touch with most of these people. But there is a lingering feeling that I have missed out on something special. I hear later that Mario Sunshine is “just okay”. 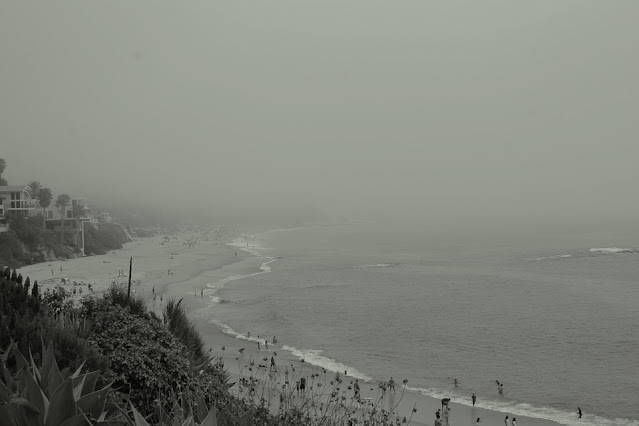 7. Super Mario Bros Odyssey
Mario has a bunch of jobs now and a bunch of suits. It is hard to tell if I am a game journalist because I do not own a switch. Mario is impossibly slick and inviting here, his plastic fantasy world weaponized against my lost time accidents, but I haven’t found a satisfactory answer to the math of work time to bring Mario, winking in his tanuki suit, into my home. If golden coins were freely available to everybody in the ether, gold would almost certainly experience rampant inflation. A life would probably cost 1 billion coins, as it feels it does out here. Maybe Mario knows this, and that is why he only ever brings 3 or 4 friends with him on his adventures. I have heard that in Odyssey Mario can steal jobs from everyone with the hat mechanic, but I am unsure what this bodes for the gig economy. 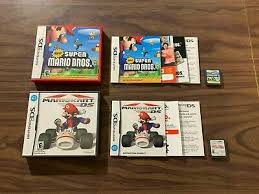 6. New Super Mario Bros DS
Side-scrolling Mario is revitalized in this portable update, now easier to play than ever. I capitalize, buying my girlfriend a DS to try to get her into gaming. What is it about this hobby that makes us want to jack everyone around us into the matrix? Unless you’re zombifying a raid buddy, it is usually a solitary hobby anyway. I spent too much energy during this era trying to get everyone around me to enjoy my hobby. In the end I mostly fail to convey the secret in the glowing screen. Hilariously, Mario occasionally grows enormous and smashes through every obstacle in front of him. When she leaves, she also leaves the DS. 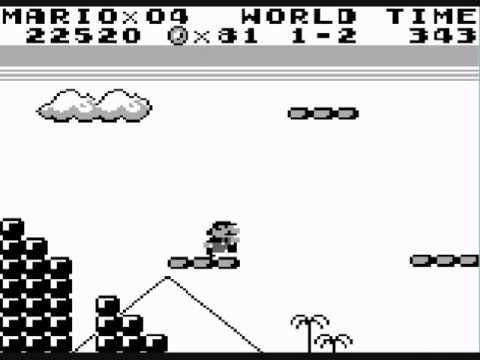 5. Mario Bros Gameboy
Mario was very small in this but so was I, a six year old clutching a monolith sized portable in his chubby fingers. Mario needed good lighting and playing in the car gave me a headache, but this version was easy and short enough that it provides me with one of my first big dopamine hits for mastering a game. I figure out the tricks to stack up so many lives I can bulldoze the bizarre R-Type closing act with regularity. Many games of this era were bewildering, but this one gives me a glimpse of the way regular practice and experience can give you a foothold in the world. 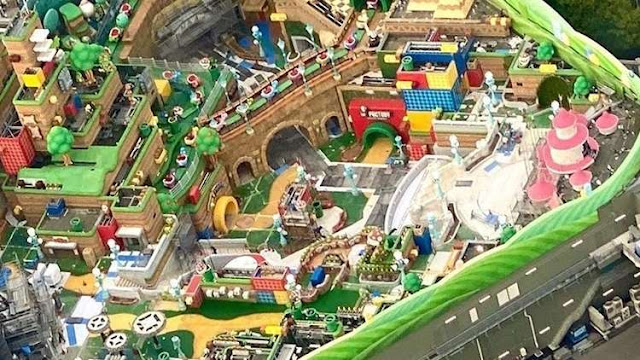 4. Mario Galaxy
In an unexpected twist, Mario is cast out into the very fringes of galactic space on his Wii adventure, though mostly as an excuse to use the Wiimote pointer function liberally for gravitational hops. I play it on my sister’s old abandoned Wii, years later, in a parent’s house that I no longer have a bedroom in. To a soul, my entire family has spread out over the galaxy and lives separate lives. This was the plan of course, everyone is doing decently well and growing in their own directions. I am welcome but feel a stranger here, guiding Mario around asteroids on an unfamiliar couch. How long can I play before I annoy the people that actually live here? It ends up not being an issue, I am left alone in my solace. 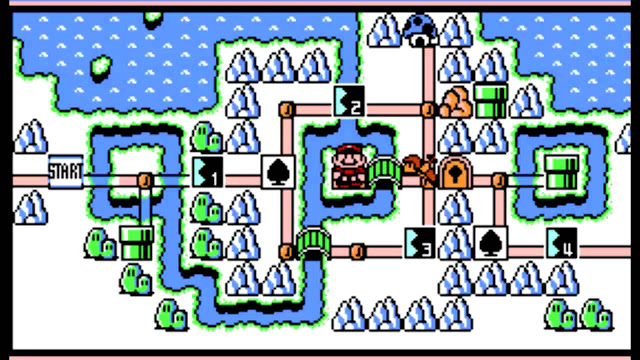 3. Super Mario Bros 3
SMB3 strikes me when I am just learning about the world, when everything is revealed secrets still blended with magic. Every square inch of it rewards attention, experimentation, and precision. Most games up to this point have been rote repetition of a theme, but SMB3 is my first gaming opera, every new world a new movement, new ideas, new possibilities. The design matrix flash fries my young brain as if I was locked into the machine from Total Recall. I end up having been imprinted as a gamer, years before that will mean much of anything to anyone and decades before it will reach the mainstream. I stare out the rainy window on the drive to school but I think about carrying turtle shells and smashing blocks. 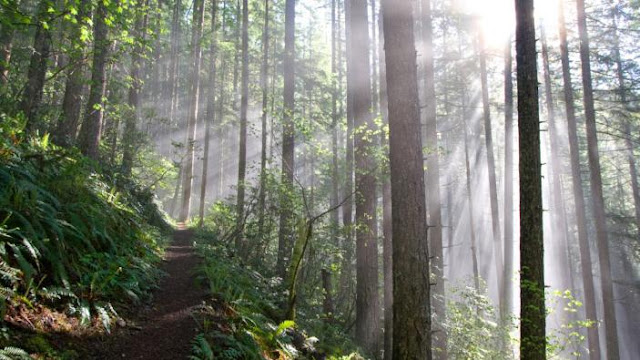 2. Super Mario 64
There was something mystical about the N64. I don’t own one in the 90s, but when I visit my friend’s house it is always in the corner of my vision, in the edge of my mind, until we finally race over and turn it on. Mario 64 is a pure expression of that personal epoch, all possibility and vibrance. Nothing is very deep, but that's sort of Mario’s specialty, isn’t it? He thrives on safari, dabbling in genres and worlds, never hanging around in a painting or memory too long before getting what he needs and leaping back out. I wonder if this is where some go wrong, getting parts of themselves stuck, leaving their present self the lesser? I am unsure how much to consider my own records of life: when I look at my old photographs now, they look very different to me. 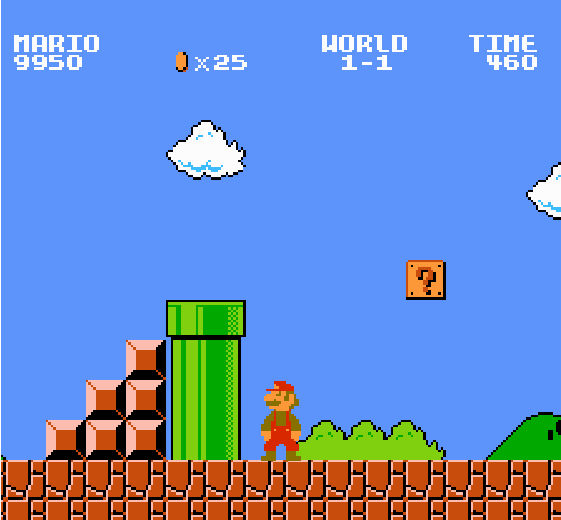 1. Super Mario Bros. 1
A deviation from the arcade, Nintendo strikes a chord of simple purity that resonates 30 years and counting. The mechanics and aesthetics are still exemplary in their focus. It’s a rainbow washout of the decade of Amiga and Atari games, or maybe it's just that my memory greys out if we go any further back. So many details are lost in the river of time, but something in our body always remembers the pure, simple things that effortlessly split the stream.